Being genuinely passionate about what you do not only shows in your work but allows you to make a difference in your industry, which is certainly the case for engineer-in-training Megan Gent.

“I am incredibly fortunate to work for Victoria Gold in the beautiful traditional First Nation lands of Na-Cho Nyak Dun at the Eagle Gold Mine approximately 85km north of Mayo, Yukon,” she told Daily Hive. “To anyone reading this who has been to the area it will come as no surprise if I say that field work is one of my favorite things to do of the day. Also in the winter!”

A Mining Engineer-in-training (EIT) in drilling and blasting design, Gent works in her field role with operations, which she feels suits her personality and skills well. Gent enjoys “working with people rather than staring at a computer screen for too long”. Her position at Victoria Gold supports this sentiment and her tenacity to solve problems.

Like other women working in this field, she faces obstacles in her career path, but she continues to overcome them and her story is one of inspiration. We spoke to Gent to find out why “joining BCIT’s mining program was definitely one of the better life decisions” she made.

The way to becoming an engineer

Gent didn’t want to be an engineer after school, which is proof that you can change industries or career directions at any time.

“I didn’t even plan on having this career. In fact, the idea of ​​engineering never crossed my mind when I decided to study post-secondary,” she tells us. “I originally wanted to study dietetics, but after a series of slightly impulsive decisions, I finally enrolled in the two-year program Mineral Exploration and Mining Technology Diploma Program and went further into the Major in Mining and Mineral Resource Engineering after the first year.”

The EIT notes that she doesn’t consider herself an “engineer personality” because she “disliked math, preferring to socialize” and her “hobbies are largely creative”. She describes the change from a diploma to an engineering degree as a risk and is “still very surprised” at how well engineering fits together for her.

“In the beginning I was mainly drawn to the mining industry, the technical part was secondary. But over time I realized how many other parts of my personality lent themselves to engineering,” says Gent. “The problem-solving nature of this career is a big part of why I love being an engineer.”

Teamwork is another aspect she appreciates. “I like to joke that most people think of engineering as an antisocial, introverted career style, but it really couldn’t be further from the truth. I know very few engineers working in a bubble,” says Gent, emphasizing that “strong social and communication skills” are a huge asset for engineers.

“Coming up with innovative designs or ideas is wonderful, but being able to communicate them effectively to the necessary parties is a big part of any engineering job.”

Overcoming barriers in the industry 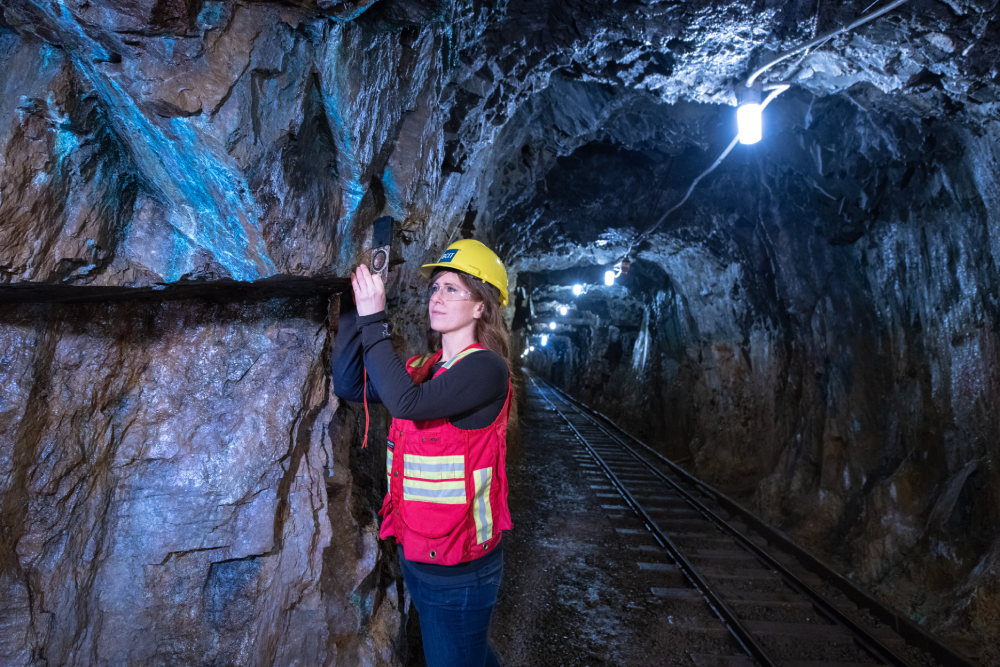 The engineering and mining sector has traditionally been male-dominated and, according to Gent, “there is still an old boys’ club mentality in mining and in some areas of engineering”. So far, she has had to overcome personal obstacles in her career.

“It’s the nature of knowing that, despite experience or knowledge, I have to keep proving myself in certain roles just because I’m a woman,” is one of the walls she had to break down. While she says “a lot has changed,” there remains a stigma about “women in operations and field service roles, where it can feel like people are waiting for you to do something that’s a pre-existing idea that they’re into.” have underpinned spirit.”

Gent says that when she makes a mistake or does something wrong, “it’s not just an ‘I’ thing — it becomes part of someone’s idea that women aren’t suited to certain types of work or work environments.” She says, however , she sees “a huge change” when the culture changes.

“I think more and more people are realizing the value of greater diversity across all areas within their teams and how unimaginative an echo chamber is as your business grows and evolves. A group of people who all think alike and agree on everything will always come up with the same solution to a problem.” 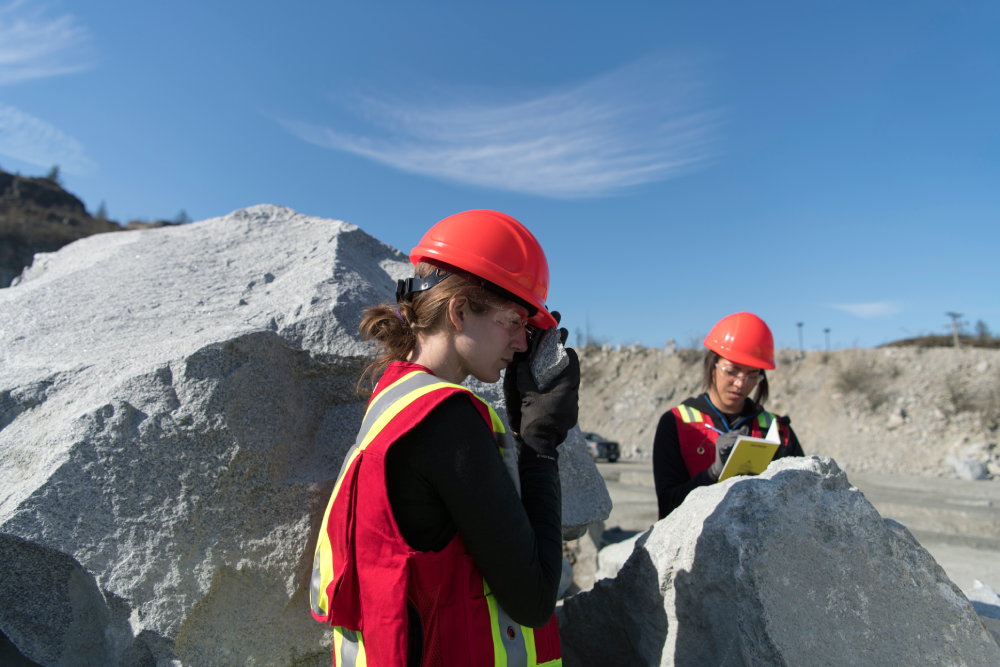 Gent credits the hands-on nature of the mining programs at BCIT, the support of the faculty and the school itself, for not only making her feel like she belonged, but also that she could play an important role as an engineer.

Before enrolling at BCIT, Gent’s last job was in a yoga studio. “I knew very little about mining technology and had no previous experience in construction or anything like that,” she says. “I remember walking into my first class at BCIT and looking around the room, which at first glance seemed to be made up of mostly men and very few women, and wondering what I had gotten myself into.”

But Ghent did not lose faith at that moment and remained true to her new educational path. “The amount of hands-on learning in the lab or in the field was unique for an engineering program and extremely useful in preparing graduates for the more practical side of their careers,” she says.

“BCIT has received a lot of support for networking and helping students build relationships with industry, whether through project work, school events, relationships with our engineering and geologist instructors in the field, or volunteering.”

The programs at BCIT are intense, Gent notes, which she says lends itself “well” to a field of study like engineering, where time management and planning are valuable skills.

Looking forward to the future with excitement 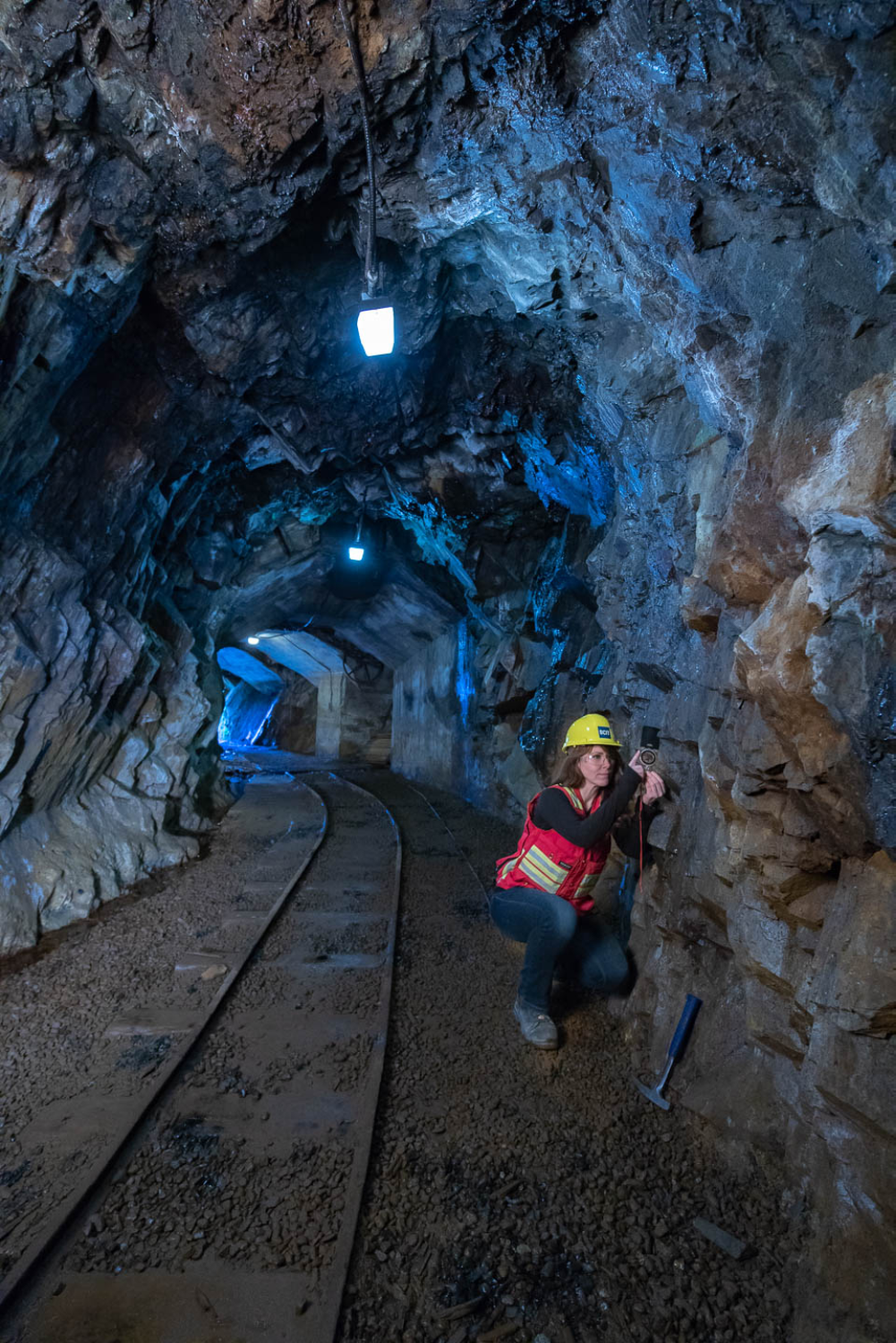 When it comes to where Ghent is taking her career, she’s excited about the huge potential of opportunities.

“There are so many options and career paths in mining engineering and I think there is value in being exposed to a variety of them. As an EIT at Victoria Gold, I have been placed in various roles as part of my training and I look forward to further experience.”

At the end of our interview, Ghent reminds us that all industries need more “unlikely” engineers. “People who have qualities like creativity, empathy, [and] Communication skills in the analytical side of the career will do very well.” She recommends attending technical information sessions and reaching out to people in your network or graduates of programs that might interest you.

“You will be surprised at the variety of personalities that are drawn into this profession and what opportunities there are after graduation.”

At BCIT, students can take accredited programs in four engineering disciplines: Civil, Electrical, Mechanical and Mining. The school supports diversity and inclusion in engineering and provides equitable learning and networking opportunities for girls and women.

Visit bcit.ca to view the full range of programs on offer and to register for an informational session.